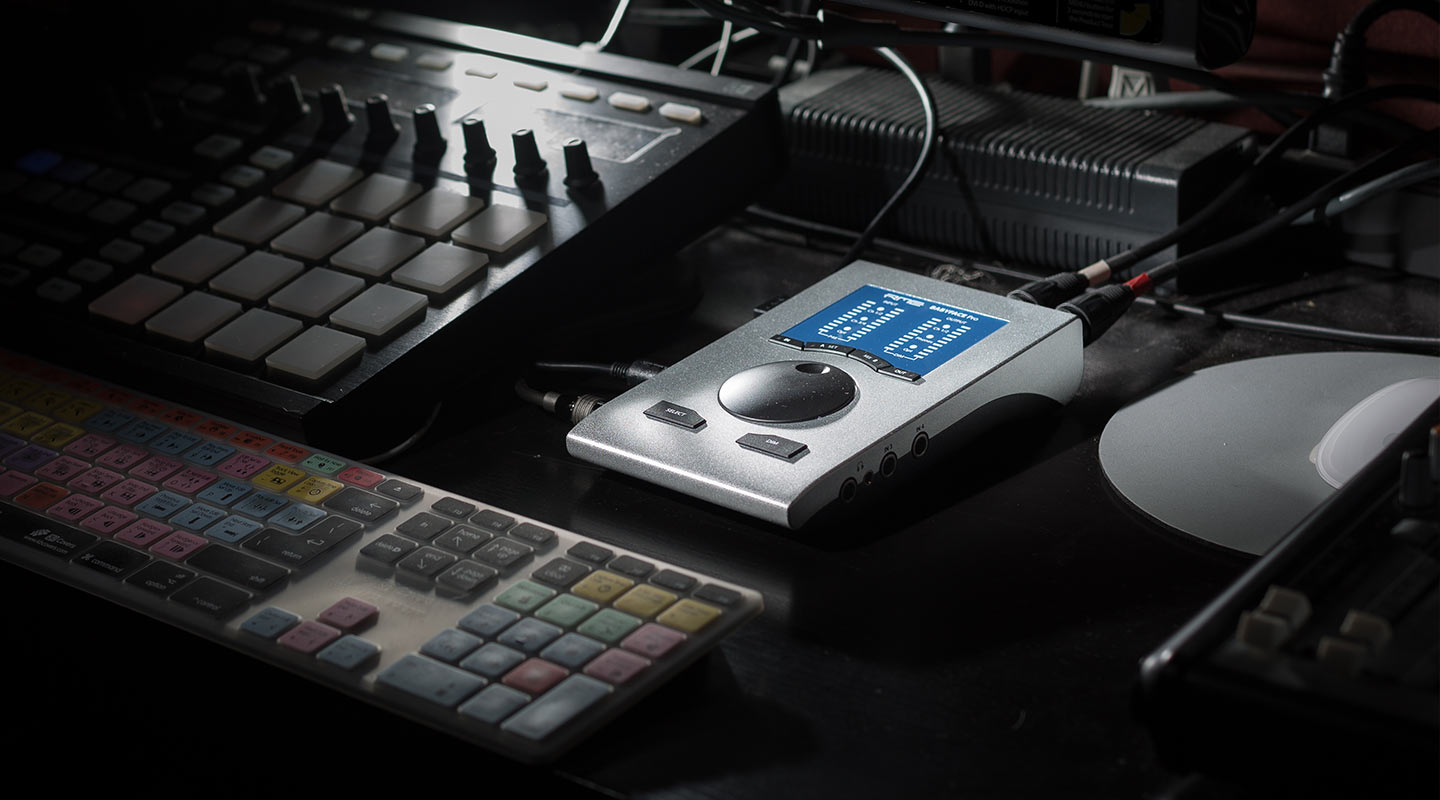 Teach recording and music production with the Babyface Pro

Since his start at the Disk Factory (http://diskfaktory.com/), where he developed and ran two departments—Audio Quality Control, and Mastering and Studio Services—he has, over the years, mastered some 1,500 albums. Singer / songwriter / guitarist Gabe Bondoc, guitarist / vocalist Tini Grey, and singer / songwriter Melissa Polinar are just a few of the artists he’s worked with. His varied schedule requires two equipment rigs and, during Winter NAMM 2017, he was fortunate to win an RME Babyface Pro (distributed in North America by Synthax, Inc.), which provided an immediate and substantial upgrade to one of his setups.

“I’ve been keenly aware of RME’s reputation, so you can imagine my surprise to learn I was one of the raffle winners during NAMM,” says Clancy. “I had been looking to upgrade the interface in one of my setups and the Babyface Pro has turned out to be the perfect solution. The new interface is used daily with my students to teach recording and music production. Recently, I started teaching sound for film and video, including ADR, Foley, sound design, film scoring, and related tasks. The Babyface Pro is central to all these functions.” 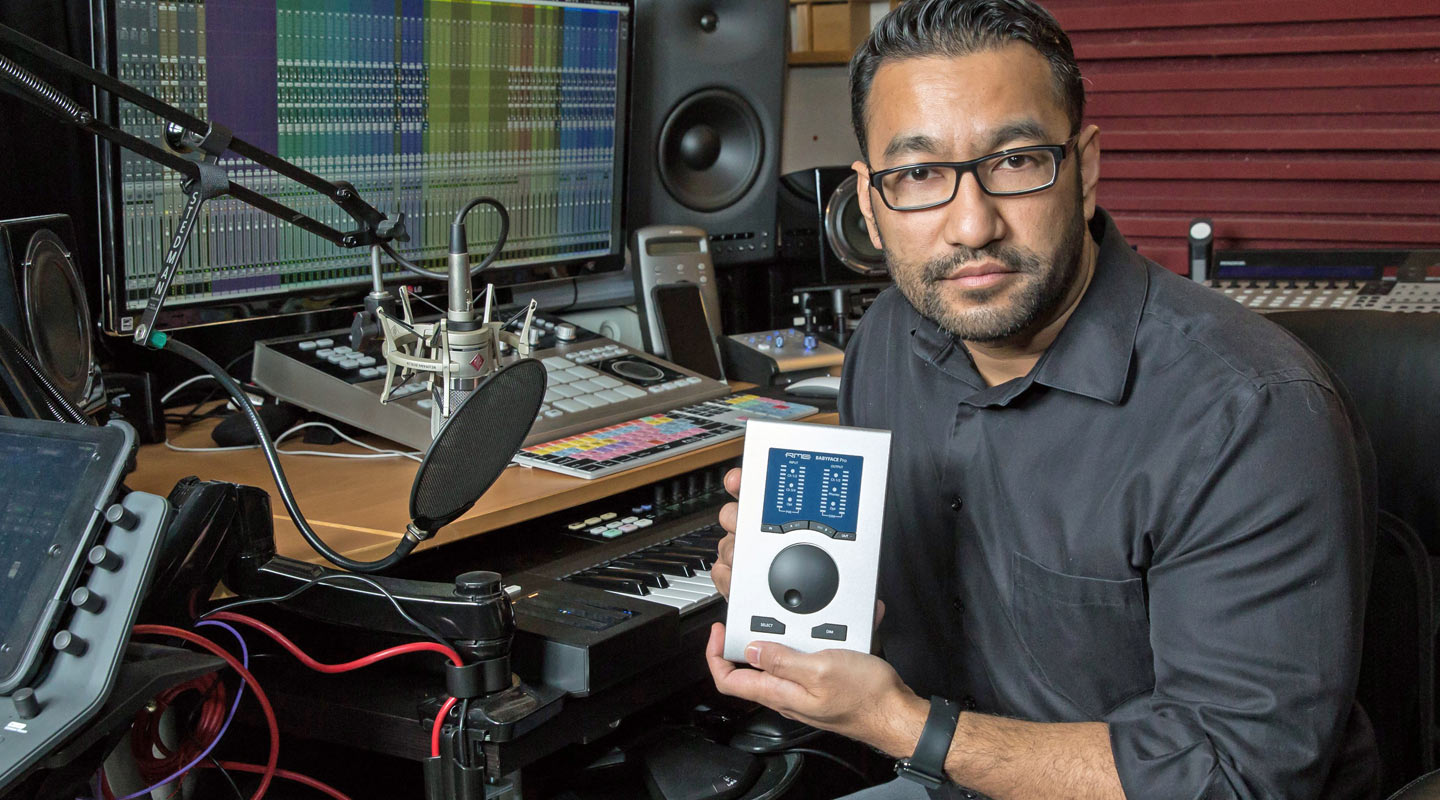 When queried about those Babyface Pro attributes that really impress him, Clancy referenced the unit’s sound quality and I/O versatility. “The upgrade in sound quality was immediately obvious,” Clancy reports, “The quality of the A/D and D/A conversion from this little box is way better than I ever expected. It’s comparable to listening on good monitors in a great acoustic environment. And I’m not just referring to sound on the way in. It was immediately noticeable that the Babyface Pro’s D/A was clearer and more open than with the previous interface I was using. It was just like the first time I heard high-end A/D and D/A converters after listening through a basic PC gaming soundcard. It’s not just brightness I’m referring to. It’s a clarity and an easiness on the ears that enables one to distinguish all the different elements in a mix.”

“I also love that I can take the ADAT output of my UA 4-710d 4-channel mic preamp and plug directly into the Babyface Pro’s optical inputs,” Clancy continued. “I recently set the studio up for a Foley session, which for anyone who’s ever done one knows, tends to be a big and messy affair. We had more than enough I/O capacity for mic inputs and headphone cues without having to switch out mics or move to a larger rig.”

In addition to the Babyface Pro’s audio performance and I/O prowess, Clancy says he was really surprised by how easy it was to get up and running with the interface. “When I first set up the Babyface Pro, I didn’t read the manual, as I was too eager to get started. I assumed the interface required an external power supply and was located, of course, nowhere near an available power outlet. As it turns out, the unit works perfectly on USB bus-power alone! It can even supply phantom power for my condenser mics. That capability alone makes the Babyface Pro a perfect portable solution for whenever I need to record in the field with my MacBook Pro.”

Given the sophistication and, yes, complexity of many studio electronics, Clancy was pleasantly surprised by the Babyface Pro. “The biggest challenge I encountered was locating the proper driver to download for the OS version I’m currently running.,” he explained. “Since that was installed, it’s been smooth sailing. The interface is very intuitive. Everything is right where you’d expect it to be.”

With almost three months use under his belt, Clancy reports that he is really impressed with both the Babyface Pro and RME / Synthax, “The RME / Synthax folks I met at NAMM were gracious and genuine. They made me feel welcome right from the start. Kim Knoedler, Miki Takeuchi, and Noelle Bonus were tireless in their efforts to represent the company in a positive light. As for the interface, I couldn’t be happier. The Babyface Pro is the perfect interface for anyone seeking quality signal conversion that is both portable and flexible. It’s bus-powered, has 12 ins and outs, 2 headphone jacks, MIDI I/O, and the drivers are rock solid. What’s not to like?”